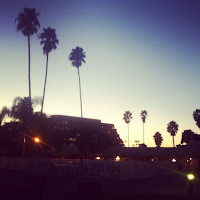 The official press release is available here and I'd like to highlight two topics from MPEGs' 99th meeting in San Jose, CA, USA:

As described in the official press release "ISO/IEC’s Moving Picture Experts Group (MPEG) is pleased to announce the completion of the ISO/IEC committee draft of the High Efficiency Video Coding (HEVC) standard developed by the Joint Collaborative Team on Video Coding (JCT-VC), a joint team between MPEG and the ITU-T’s Video Coding Experts Group (VCEG)". For those who are not familiar with the ISO/IEC standardization process, committee draft (CD) means that the standard is not yet finalized but entering the committee stage which enables national bodies to comment on the standard. That is, changes to HEVC can be only made through national body comments which needs to be registered in due time.

In terms of performance of HEVC one can conclude that the mission is accomplished. Preliminary HM5 vs. AVC subjective performance comparison looks impressive, i.e. > 50% bitrate reduction overall, specifically 67% in HD and 49% for WVGA sequences. Please note that these results are not validated through official verification tests which are usually conducted in a later stage of the standardization process.

From a deployment perspective currently one profile is foreseen which is preliminarily referred to as the "main" profile with a largest coding unit (LCU) between 16x16 and 64x64 and a max. pictures storage capacity always 6 (compared to AVC which is max. 16) among others.

Research issues: in my last report I wrote "the ultimative goal to have a performance gain of more than 50% compared to the predecessor which is AVC". It seems this has been achieved so one might wonder what else needs to be done. In practice, however, there is always space for improvement, right?


The next step in audio coding: MPEG-H 3D Audio

The MPEG-H 3D Audio Workshop attracted more than 100 attendees which followed presentations covering three areas of 3D audio.
The presentations are publicly available here within a single ZIP file. MPEG established an AhG on 3D Audio (and Audio Maintenance) with the following mandates (among others):
Subscription to the reflector is open to everyone. A possible timeline for part 3 of MPEG-H could mean to have a Call for Proposals (CfP) in July 2012 followed by the evaluation in January 2013, all preliminary, no guarantee.

Finally, the next meeting will be MPEGs' 100th meeting which will include a social event with participation of representatives from ITU, ISO, IEC, and others.
Posted by Christian Timmerer at 12:22 PM

Thanks for sharing this great report. I work in the audio and video production industry and I'm curious to see what the future holds for recording audio and video.