MPEG news: a report from the 110th meeting, Strasbourg, France

This blog post is also available at SIGMM records.

The 110th MPEG meeting was held at the Strasbourg Convention and Conference Centre featuring the following highlights: 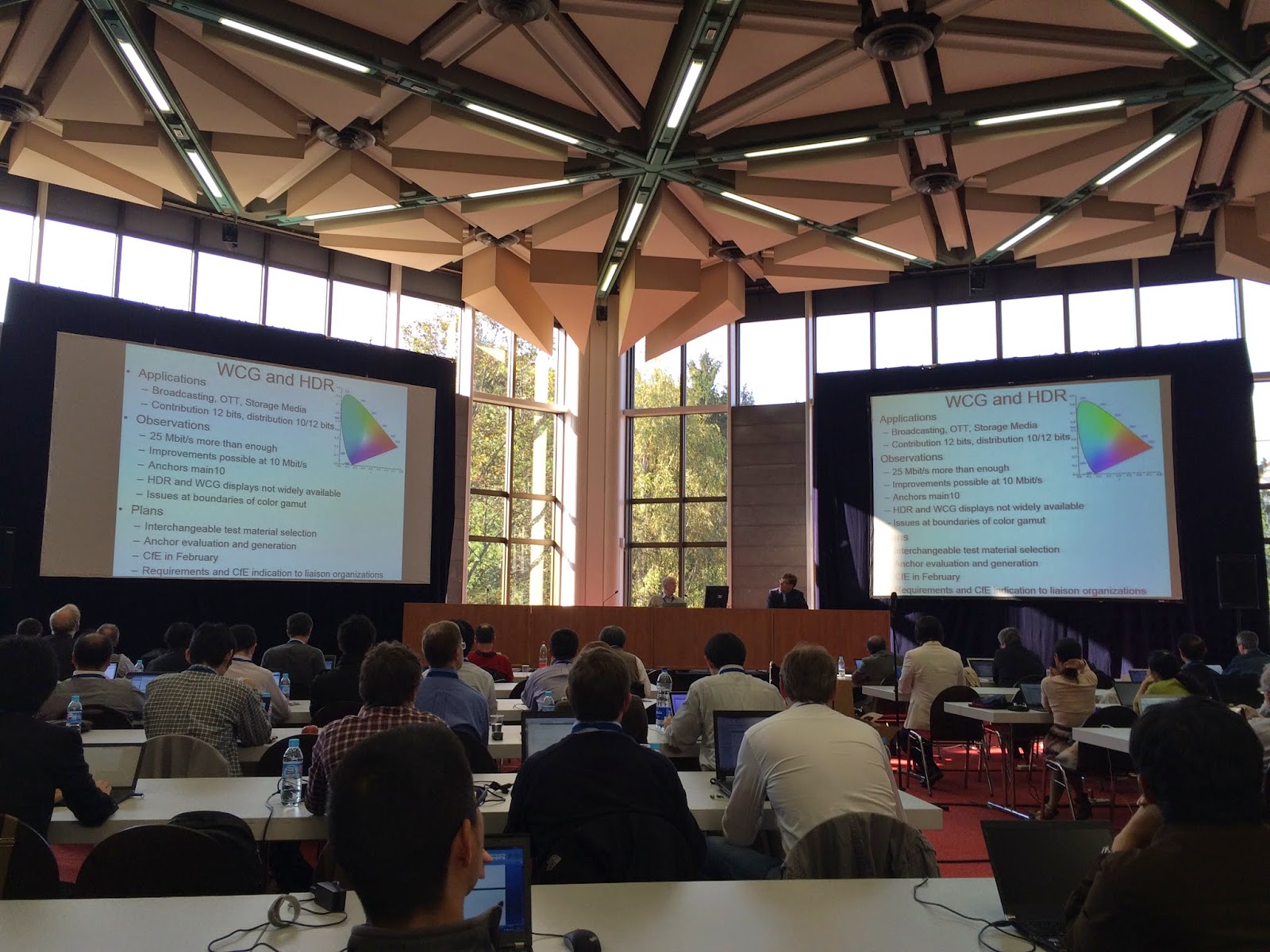 Additional details about MPEG's 110th meeting can be also found here including the official press release and all publicly available documents.

The Future of Video Coding Standardization

As expected, "maximizing compression efficiency remains a fundamental need" and as usual, MPEG will study "future application requirements, and the availability of technology developments to fulfill these requirements". Therefore, two Ad-hoc Groups (AhGs) have been established which are open to the public:

The presentations of the brainstorming session on the future of video coding standardization can be found here.

MPEG101 also hosted a workshop on media synchronization for hybrid delivery (broadband-broadcast) featuring six presentations "to better understand the current state-of-the-art for media synchronization and identify further needs of the industry".
The presentation material is available here. Additionally, MPEG established an AhG on timeline alignment (that's how the project is internally called) to study use cases and solicit contributions on gap analysis and also technical contributions [email][subscription]. 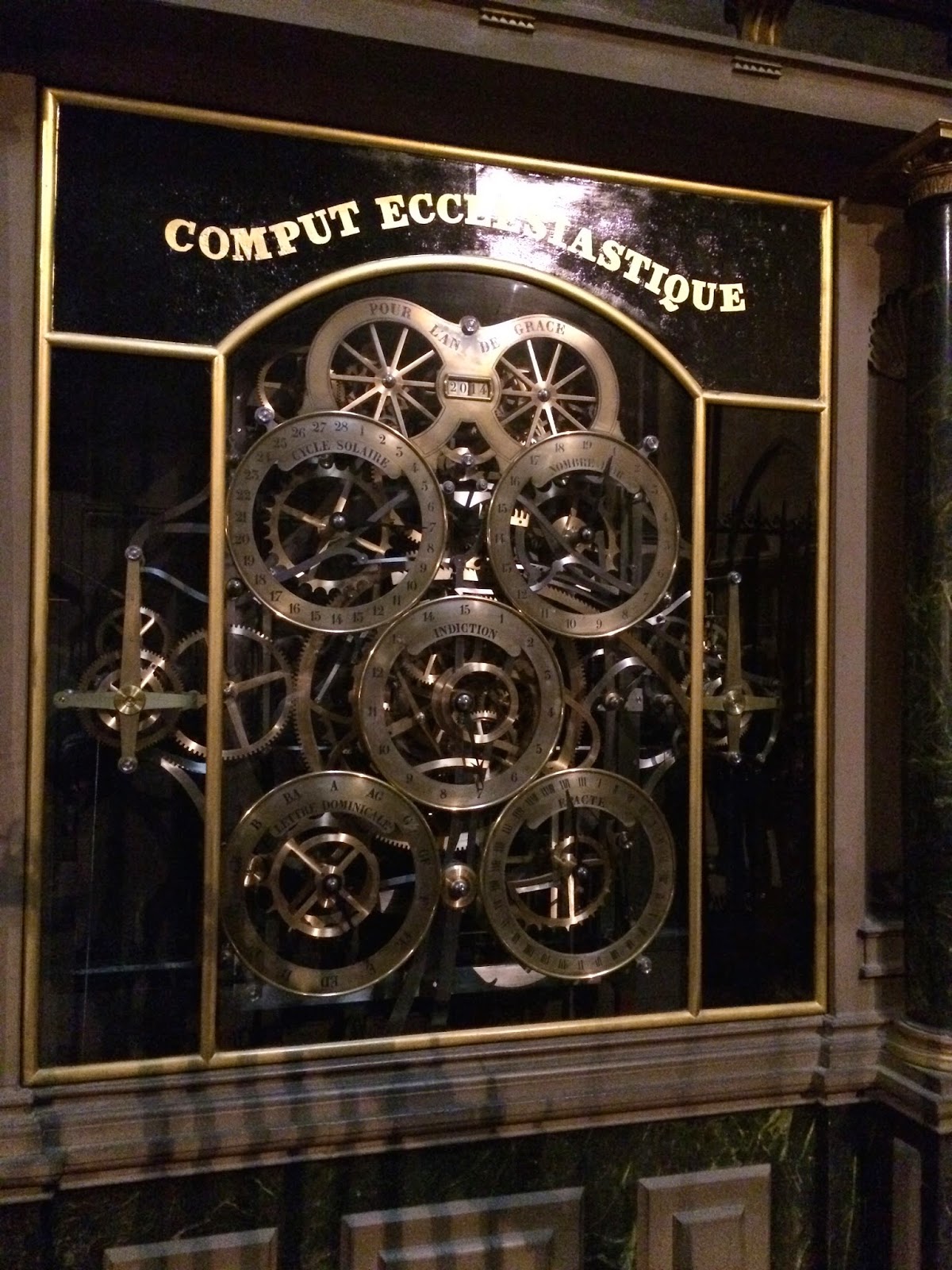 My first report on MPEG Compact Descriptors for Visual Search (CDVS) dates back to July 2011 which provides details about the call for proposals. Now, finally, the FDIS has been approved during the 110th MPEG meeting. CDVS defines a compact image description that facilitates the comparison and search of pictures that include similar content, e.g. when showing the same objects in different scenes from different viewpoints. The compression of key point descriptors not only increases compactness, but also significantly speeds up, when compared to a raw representation of the same underlying features, the search and classification of images within large image databases. Application of CDVS for real-time object identification, e.g. in computer vision and other applications, is envisaged as well.

Another standard reached FDIS status entitled Green Metadata (first reported in August 2012). This standard specifies the format of metadata that can be used to reduce energy consumption from the encoding, decoding, and presentation of media content, while simultaneously controlling or avoiding degradation in the Quality of Experience (QoE). Moreover, the metadata specified in this standard can facilitate a trade-off between energy consumption and QoE. MPEG is also working on amendments to the ubiquitous MPEG-2 TS ISO/IEC 13818-1 and ISOBMFF ISO/IEC 14496-12 so that green metadata can be delivered by these formats.

MPEG-DASH is in a kind of maintenance mode but still receiving new proposals in the area of SAND parameters and some core experiments are going on. Also, the DASH-IF is working towards new interoperability points and test vectors in preparation of actual deployments. When speaking about deployments, they are happening, e.g., a 40h live stream right before Christmas (by bitmovin, a top-100 company that matters most in online video). Additionally, VideoNext was co-located with CoNEXT'14 targeting scientific presentations about the design, quality and deployment of adaptive video streaming. Webex recordings of the talks are available here. In terms of standardization, MPEG-DASH is progressing towards the 2nd amendment including spatial relationship description (SRD), generalized URL parameters and other extensions. In particular, SRD will enable new use cases which can be only addressed using MPEG-DASH and the FDIS is scheduled for the next meeting which will be in Geneva, Feb 16-20, 2015. I'll report on this within my next blog post, stay tuned..
at 11:46 AM
Labels: bitmovin, cdvs, dash, future video coding, green MPEG, media sync, MPEG