MPEG news: a report from the 98th meeting, Geneva, Switzerland 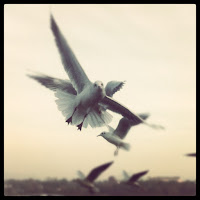 ... MPEG news from its 98th meeting in Geneva, Switzerland with less than 140 characters and a lot of acronyms. The official press release is, as usual, here. As you can see from the press release, MPEG produced significant results, namely:
As you can see, a long list of achievements within a single meeting but let's dig inside. For each topic I've also tried to provide some research issues which I think are worth to investigate both inside and outside MPEG.

As the official press release states, the MPEG ratifies its draft standard for DASH and it comes better, the standard should become publicly available which I expect to happen somewhat early next year, approx. March 2012, or maybe earlier. I say "should" because there is no guarantee that this will actually happen but signs are good. In the meantime, feel free using our software to play around and we expect to update it to the latest version of the standard as soon as possible. Finally, IEEE Computer Society Computing Now has put together a theme on Video for the Universal Web featuring DASH.

MPEG evaluated more than 20 proposals submitted as a response to the call issued back in April 2011. The evaluation of the proposal comprised subjective quality assessments conducted by 13 highly qualified test laboratories distributed around the world and coordinated by the COST Action IC1003 QUALINET. The report of the subjective test results from the call for proposals on 3D video coding will be available by end of this week. MPEG documented the standardization tracks considered in 3DVC (i.e., compatible with MVC, AVC base-view, HEVC, ...) and agreed on a common software based on the best-performing proposals.

Research issues: encoding efficiency of 3D depth maps and compatibility for the various target formats (AVC, MVC, HEVC) as well as depth map estimation at the client side.

In addition to the evaluation of the responses to the call for 3DVC, MPEG also evaluated the responses to the Internet Video Coding call. Based on the responses, MPEG decided to follow up with two approaches namely Internet Video Coding (IVC) and Web Video Coding (WebVC). The former - IVC - is based on MPEG-1 technology which is assumed to be royalty-free. However, it requires some performance boosts in order to make it ready for the Internet. MPEG's approach is a common platform called Internet video coding Test Model (ITM) which serves as the basis for further improvements. The latter - WebVC - is based on the AVC constrained baseline profile which performance is well-known and satisfactory but, unfortunately, it is not clear which patents of the AVC patent pool apply to this profile. Hence, a working draft (WD) of WebVC will be provided (also publicly available) in order to get patent statements from companies. The WD will be publicly available by December 19th.

Further information:
Research issues: coding efficiency with using only royalty free coding tools whereby the optimization is first towards royalties and then efficiency.

A new star is born which is called MPEG-H referred to as "High Efficiency Coding and Media Delivery in Heterogeneous Environments" comprising three parts: Pt. 1 MMT, Pt. 2 HEVC, Pt. 3 3D Audio. There's a document called context and objective of MPEG-H but I can't find out whether it's public (I come back later on this).

Part 1: MMT (MPEG Media Transport) is progressing (slowly) but a next step should be definitely to check the relationship of MMT and DASH for which an Ad-hoc Group has been established (N12395), subscribe here, if interested.
Research issues: very general at the moment, what is the best delivery method (incl. formats) for future multimedia applications? Answer: It depends, ... ;-)

Part 2: HEVC (High-Efficiency Video Coding) made significant progress at the last meeting, in particular: only one entropy coder (note: AVC has two, CABAC and CAVLC which are supported in different profiles), 8 bit decoding (could be also 10 bit, probably done in some profiles), specific integer transform, stabilized and more complete high-level syntax and HRD description (i.e., reference picture buffering, tiles, slices, and wavefronts enabling parallel decoding process). Finally, a prototype has been demonstrated decoding HEVC in software on an iPad 2 at WVGA resolution and the 10min Big Buck Bunny sequence at SD resolution with avg. 800 kbit/s which clearly outperformed the corresponding AVC versions.
Research issues: well, coding efficiency, what else? The ultimative goal to have a performance gain of more than 50% compared to the predecessor which is AVC.

Part 3: 3D Audio Coding (3DAC) is in its early stages but there will be an event during San Jose meeting which will be announced here. As of now, use cases are provided (home theatre, personal TV, smartphone TV, multichannel TV) as well as candidate requirements and evaluation methods. One important aspect seems to be user experience for highly immersive audio (i.e., 22.2, 10.2, 5.1) including bitstream adaptation for low-bandwidth and low-complexity.
Research issues: sorry, I'm not really an audio guy but I assume it's coding efficiency, specifically for 22.2 channels ;-)

For CDVS, responses to the call for proposals (from 10 companies/institutions) have been evaluated and a test model has been established based on the best performing proposals. The next steps include the improvement of the test model towards for inclusion in the MPEG-7 standard.
Research issues: descriptor efficiency for the intended application as well as precision on the information retrieval results.

The aim of this new work item is to provide "standard technology helping users to preserve digital multimedia that is used in many different domains, including cultural heritage, scientific research, engineering, education and training, entertainment, and fine arts for long-term across system, organizational, administrative and generational boundaries". It comes along with two public documents, the current requirements and a call for requirements which are due at the 100th MPEG meeting in April 2002.
Research issues: What and how to preserve digital multimedia information?

MPEG's newest project is on Augmented Reality (AR), starting with an application format for which a working draft exists. Furthermore, draft requirements and use cases are available. These three documents will be available on Dec 31st.
Research issues: N/A

Finally, I hope now you can better understand what I've put at the beginning with all these acronyms ...

Posted by Christian Timmerer at 8:49 PM

Great thoughts you got there, believe I may possibly try just some of it throughout my daily life.