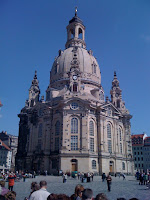 Highlights of the 92nd Meeting

Details for each highlight can be found in the full press release.
Digging Deeper – How to Contact MPEG

Communicating the large and sometimes complex array of technology that the MPEG Committee has developed is not a simple task. The experts past and present have contributed a series of white-papers and vision documents that explain each of these standards individually. The repository is growing with each meeting, so if something you are interested is not there yet, it may appear there shortly – but you should also not hesitate to request it. You can start your MPEG adventure at: http://mpeg.chiariglione.org/technologies.htm.
Posted by Christian Timmerer at 6:01 PM