MPEG news: a report from the 85th meeting in Hannover, Germany

The 85th MPEG meeting was held in Hannover, Germany and a few topics discussed at this meeting I'd like to briefly review here. 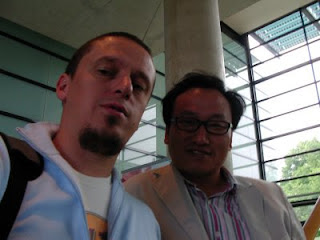 A working draft of the MPEG Representation of Sensory Effects (RoSE) has been issued and I've given an overview at the Friday plenary. Interested readers might also have a look at the overview paper issued at the last meeting.

The Multimedia Extensible Middleware (MXM) also reached the working draft status after a very comprehensive contribution of more than 10 institutions has been submitted as a response to the CfP. It will provide an API for accessing various assets along the multimedia service delivery chain. I guess I'll provide a story soon about that...

media user interface framework is MPEG's approach getting closer to the actual user. At the moment four areas of interest have been defined: (1) a widget authoring format, (2) widget representation format, (3) widget/container interface, (4) widget/container server protocol. A context and objective document has been issued at this meeting and will appear soon on the MPEG Web site's exploration section. 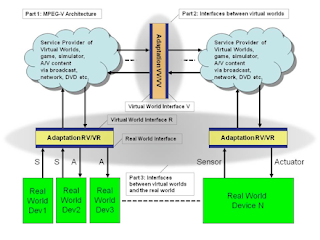 Industry is demanding for resolution, resolution, resolution beyond HD sometimes also known as Ultra High Defintion Video. Therefore, at the next meeting in Busan there will be a workshop prior (or after) the meeting where new ideas can be presented. However, for some reason it seems that we will already see a solution for that at this year's IBC which is based - now sit down - on MPEG-2.

Finally, this is the place where we had our social event - it was really very nice & thanks to the organizers of this meeting. Enjoy your holidays, you have deserved it. Posted by Christian Timmerer at 12:13 PM