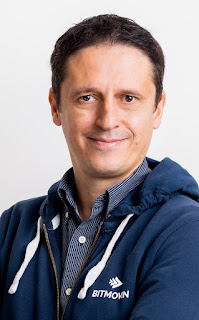 Christian Timmerer received his M.Sc. (Dipl.-Ing.) in January 2003, Ph.D. (Dr.techn.) in June 2006 (for research on the adaptation of scalable multimedia content in streaming and constraint environments), and Habilitation in June 2014 (for adaptive media streaming over HTTP and quality of sensory experience) from the Alpen-Adria-Universität (AAU) Klagenfurt. He joined the AAU in 1999 (as a system administrator) and is currently an Associate Professor and vice-chair at the Institute of Information Technology (ITEC) within the Multimedia Communication Group. His research interests include immersive multimedia communication, streaming, adaptation, Quality of Experience, and Sensory Experience. In 2013 he co-founded Bitmovin where he holds the position of the Chief Innovation Officer (CIO) - Head of Research and Standardization.

He has published more than 200 papers in these areas and he has organized a number of special sessions and issues in this domain, i.e., "Special Session on UMA" (WIAMIS 2006), "Special Session on MMT/DASH" (MMsys 2011, followed by a special issue in Signal Processing: Image Communication, 2012), "Special Issue on MPEG-V" (Signal Processing: Image Communication, 2013), "Special Issue on MulSeMedia" (ACM TOMCCAP, 2014), "Special Issue on Adaptive Media Streaming" (IEEE JSAC, 2014), "Special Issue on Video Distribution Over Future Internet" (IEEE JSAC 2016), and "Best papers of the 2016 ACM multimedia systems (MMSys) conference and workshop on network and operating system support for digital audio and video (NOSSDAV) 2016" (ACM TOMM 2016). Furthermore, he was the general chair of WIAMIS 2008, ISMW 2009, EUMOB 2009, AVSTP2P 2010 (co-located w/ ACMMM'10), WoMAN 2011 (co-located w/ ICME'11), QoMEX 2013 (also Steering Committee member), QCMan 2014, ACM MMSys 2016, and Packet Video 2018. Additionally, he is an editorial board member of IEEE Multimedia Magazine, ACM/Springer International Journal on Multimedia Tools and Applications (MTAP), and associate editor for IEEE Transactions on Multimedia and IEEE Computer Science Computing Now, a new online front end to all IEEE CS magazine which transitions the printed media to virtual adopting and applying Web 2.0 principles in practice. He was the inaugurating chair of the IEEE CS Special Technical Community on Social Networking (STCSN). He is an area editor for the Elsevier journal on Signal Processing: Image Communication and a key member of the Interest Groups (IG) on Image and Video Coding as well as Quality of Experience and the Director of the Review Board of the IEEE Multimedia Communication Technical Committee. Finally, he writes a regular column for ACM SIGMM Records where he serves as an editor and he is a member of the ACM SIGMM Open Source Software Committee.

Dr. Timmerer participated in the work of ISO/MPEG for several years, notably as the head of the Austrian delegation, coordinator of several core experiments, co-chair of several ad-hoc groups, and as an editor for Parts 7 and 8 of MPEG-21, Digital Item Adaptation and Reference Software for which he received ISO/IEC certificates. His current contributions are in the area of the MPEG Extensible Middleware (MXM), MPEG-V (Media Context and Control is formerly known as Information Exchange with Virtual Worlds), Advanced IPTV Terminal (AIT), and Dynamic Adaptive Streaming over HTTP (DASH), and MPEG Media Transport (MMT) for which (i.e., MXM, MPEG-V, MPEG-DASH) he also serves as an editor. In this context, he is a member of the Austrian Standards Institute (ASI) within Komitee 001 (mirror committee of JTC 1) and chairs ASI-AG 001 29 (mirror committee of SC29).

Finally, he is the secretary general of the "Förderverein Technische Fakultät an der Alpen-Adria-Universität Klagenfurt" and he is a senior member of IEEE and member of ACM, specifically IEEE Computer Society, IEEE Communications Society, and ACM SIGMM.